A song entitled "An Elegie on the death of a Sweetheart" and followed by an attribution to Edwards and the note "The song of Emelye", is preserved in a seventeenth-century manuscript : 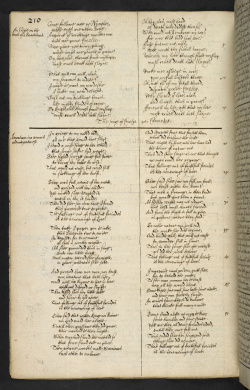 A printed version appeared in Richard Jones, The Arbour of Amorous Devices (1597, STC 3631), sigs. B1r-v, under the title "A Lady's Complaint for the Loss of Her Love". See the Open-Access version of EEBO-TCP:

Performed at Christ Church, Oxford before the Queen on 04 September 1566.

Comedies also and Tragedies were played in Christes Churche, where the Quéenes Highnesse dged. Among the whych, the Comedie entituled PalemonMisfortune at Oxford. and Arcet, made by Maister Edwards of the Quéenes Chap∣pel, had suche tragicall successe as was lamentable: For at that time by the fall of a wall and a payre of staires, & great presse of the multitude, thrée men were slaine (1130, EEBO-TCP (Open-Access))

Hyder Rollins first pointed out that the lyrics in Bl Add. MS 26737 (reproduced above) seem to have been sung by Emily in Edwards' play.

With reference to the reward paid to the boy actor playing Emily "for gatheringe her flowers pretelie in ye garden & singinge sweetlie in ye pryme of maye" (REED Oxford 1.132), Ross W. Duffin suggests that "Since the performance was in September, the phrase 'singinge sweeetlie in ye pryme of maye' suggests that the anonymous consort song When May is in his prime, in the Dow Partbooks, copied by an Oxford Fellow in the 1580s, may well have been sung during the original performance of Palamon and is probably by Edwards" (116). Although he does not note it, "When May is in his prime" appears on fol.108r-v of the same manuscript (BL Add. MS 26737) as Emily's song above.

Duffin also notes that the versification of Bl Add. MS 26737 "matches Awake, ye woeful wights perfectly and the song is a lament, so it seems highly likely that it was intended to be sung to that tune" (116). He sets the lyrics to the music on p.117 of Some Other Note (as Example 4.10).

Duffin further suggests that the lyric, The Muses nine that cradle rock'd, in Bodleian Library MS Tanner 306, fol.176r-v, that Rollins (205-6) identified as plausibly by Edwards, might have also come from the lost "Palamon and Arcyte" play (Duffin 117). He sets it to the tune of Troy Town (Example 4.11, p.118).

Duffin, Ross W. Some Other Note: The Lost Songs of English Renaissance Comedy. NY: Oxford University Press, 2018.
Jones, Richard. The arbor of amorous deuises VVherin, young gentlemen may reade many plesant fancies, and fine deuises: and thereon, meditate diuers sweete conceites, to court the loue of faire ladies and gentlewomen by N.B. Gent. Imprinted at London : By Richard Iohnes, dwelling at the signe of the Rose and Crowne, neere Saint Andrewes Church in Holborne, 1597.
Rollins, Hyder E. "A Note on Richard Edwards". Review of English Studies 4 (1928): 204-6.