See also King Robert of Siciliy, a lost play acted by the students of the Jesuit College at St Omer in 1623. 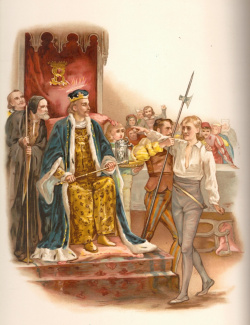