Difference between revisions of "Randall, Earl of Chester (Chester’s Tragedy)" 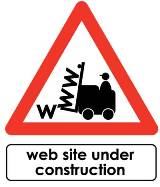 (The title 'felmelanco' is crossed out, and 'Chester' inserted underneath.)

Described as a tragedy in the first record. However, Greg suggests that the word 'tragedie' could have been part of the 'felmelanco' title and inadvertently left to stand (II, 225).

Greg notes that there were three Earls of Chester named Randulf in history: Randulf le Meschin (died 1129?), his son Randulf de Gernons (died 1153) and Randulf de Blundevill (died 1232) (Greg II, 225). Doris Feldmann and Kurt Tetzeli von Rosador claim that only de Gernons and de Blundevill had lives colourful enough to be of interest to a dramatist (330).

Other writers had already represented Randalls or Ranulphs of Chester. Although he is not named as such, Ranulph de Blundevill is the historical figure upon which most of them are based. Feldmann and Tetzeli von Rosador point to a line in Piers Plowman (V.395) which mentions the existence of "rymes about Robyn hood and Randolf Erl of Chestre" (329); although they do not specify it, these lost rhymes would presumably have been aboutde Blundevill, since he was a contemporary of Richard I and King John, and would thus fit with the traditional setting of the Robin Hood narratives. Anthony Munday's plays The Downfall and The Death of Robert, Earl of Huntingdon are about Robin Hood and feature an Earl of Chester based on Ranulph de Blundevill as described in Holinshed's Chronicles (Feldmann and Tetzeli von Rosador 329-30). The Admiral's Men play Look About You (which may be by Munday too), is also set in the Robin Hood era, and features a Randulph, Earl of Chester in a less prominent role.

Munday also included a Ranulphe, Earl of Chester in John a Kent and John a Cumber (Feldmann and Tetzeli von Rosador 329); the historical period of that play is unspecified.

Feldmann and Tetzeli von Rosador also suggest that the popular lost play The Wise Man of West Chester could have "kept Chester and its earls alive in the minds of Elizabethan theatregoers" (330).

(Text to be included)

Ranulph is described in Holinshed's genelogy of the Earls of Chester thus:

"Ranulfe or Randulfe Bohun, the se|cond of that name, and fourth erle in num|ber after the conquest, surnamed Geruous, succeeded his father, and married Alice, daughter to Robert erle of Glocester, base sonne to king Henrie the first by whome he had issue Hugh Keuelocke, the fift earle of Chester. He deceassed about the yeare of our Lord 1153, when he had beéne earle 29 yeares." (p.221)

During the reign of King Stephen, the Empress Maud arrived with "a great armie, to the intent that ioining with Ra|nulph earle of Chester (who tooke part with Robert erle of Glocester, bicause the same Rob. had maried his daughter) she might fight with King Stephan, and trie the battell with him" (p.51).

When Stephen's army besieged Lincoln, "Robert earle of Glocester, and Ranulph earle of Chester, Hugh Bigot, and Robert of Mor|ley" arrive to "come to the succour of those that were thus besieged", and camp outside the city (p.51).

The armies of Stephen and the rebels faced off, and "the earle of Chester led the fore ward". Holinshed records a speech that Chester uttered to his fellow captains, "appointed in faire armour as he was":

"I giue you hartie thanks, most inuincible chiefteine, and you my fellow soldi|ers, which declare your hartie good wils towards me, euen to the ieoparding of your liues at this my re|quest and instance. Sith then I am the occasion of your perill, it is conuenient that I make the first en|trance, and giue the onset of the battell vpon that most disloiall king, who granting a truce, hath bro|ken the peace; and swearing to be a subiect, is now prooued a most wicked vsurper: I therefore trusting both vpon reuenge of the vniust dealings of this king, and also vpon mine owne force and courage, shall straitwaies breake in sunder the arraie of his armie, and make waie through the middest of the e|nimies with sword in hand. It shall be your parts then to follow me, who will lead you the waie: for e|uen now my mind giueth me, that I shall passe tho|rough the battels, tread the capteines vnder foot, and run the king through with this my sharpe sword." (p.52)

During the battle, King Stephen encountered Chester, but was "ouercharged with multitude" (p.52).

Further battles ensued. Holinshed describes at length the despoiling of abbeys and churches by Stephen's men, and mentions one Robert Marmion, who was "going foorth to encounter with the earle of Chester (his mortall enimie, and being approched as then towards the citie)" but fell into one of his own ditches outside the same abbey that he had attempted to rob (p.55).

The Earl of Chester was by now governing the city of Lincoln. King Stephen attempted to retake it, but was repulsed by Chester:

"aduertisement was giuen, that the citie of Lincolne, which the earle of Chester had in keeping, was but slenderlie manned. Where|vpon the king conceiuing some hope to win the same, hasted forward: and comming thither in the night, laid siege therevnto, and began to cast a trench to stop them within frõ making any salies without."

The earle at the first being somewhat amazed with the sudden approch of the enimie, yet beholding from the walles the maner of them without, he perceiued the rankes to be verie thin: and thereby gessing their number to be but small, suddenlie issued foorth at the gates to encounter with them. The king a|bode not the giuing of the charge, bicause he was but weake and therefore fled;The siege raised. neither could the earle follow the chace conuenientlie, for the like cause; but setting vpon those that were about to make the trench, he slue 80. of the workemen, and then retired into the castell. (p.56)

After Stephen achieved a series of victories, Chester came "with a great traine of knights and gentlemen vnto the king, and so at length they were not vnfeignedlie accorded and made freends". However, Stephen was dissimulating, because

"the earle was craftilie taken at a parlement holden at Northampton, by the practise of K. Stephan, and could not be deliuered, till he had surrendred the citie and castell of Lincolne, with o|ther fortresses perteining to the crowne into the kings hands." (p.56)

Stephen's treatment of Chester earned him "new hatred of his old aduersaries, and like supicion of such as were his freends, for it sounded not a little to his dishonor" (p.56).

Having given up Lincoln to Stephen, Chester now tried to win it back. He "came thither with an armie, to assaie if he might recouer that citie. But his lieutenant that had the leading of his men, was slaine at the entring of the northgate, and so the erle was beaten backe with the losse of manie of his men: and the citizens hauing got the vpper hand, re|ioised not a little for the victorie" (p.57).

The arrival of Henry Fitzempress in England encouraged many of Stephen's supporters to change sides. Holinshed lists Chester among the noblemen who joined Henry on a visit to King David of Scotland (p.57).

As the wars continued, Holinshed reports that the

"noble and valiant earle of Chester called Ranulfe departed this life, a man of such stoutnesse of stomach, that death could scarselie make him to yeeld, or shew any token of feare: he was poisoned (as was thought) by Willi|am Peuerell. After him succeeded his sonne Hugh, a man likewise of passing strength and vertue. Now although earle Ranulfe fauoured the part of duke Henrie, yet in these later yeares he did but little for him: wherefore it was thought that the death of this earle was not so great a losse to the duke, as the deaths of Eustace, earle Simon, and other the kings fréends deceasing about the same time seemed to fur|ther him: so that his part became dailie stronger, and the kings weaker." (p.60)

Greg states that "there can be no reasonable doubt" that the entries transcribed above in Historical Records refer to the same play (Greg II, 225), and subsequent commentators have agreed. Where "felmelanco" has been crossed out and "Chester" supplied in its place, Foakes notes that the play title seems to be in Thomas Downton's hand, although Greg thought it was Robert Shaa's.

The following entry for an unnamed play by Middleton appears in Henslowe's diary as follows:

Doris Feldmann and Kurt Tetzeli von Rosador argue that this is an early reference to Randall, due to "[t]he progressive concretization of the title, the proximity of dates, [and] the complementary nature of the statements about the payments" (328). They suggest that if the untitled Middleton play of 3 October is Randall, it must have changed buyers during the process of writing from Worcester's to the Admiral's Men (328). They acknowledge that the resulting total of £7 is large, but they do not find the sum outside "Henslowe's limits" or the move to what they term "Henslowe's other company ... [an] uncommon procedure" (328).

Feldmann and Tetzeli von Rosador suspect that Middleton's play was about Ranulf de Gernons. While de Blundevill's life has dramatic potential, involving opposition to England paying tithes to Rome, and a rescue from a besieged castle, it does not seem suited to tragedy. They argue that de Gernons, a baron who pursued his personal autonomy over the rule of King Stephen, took him captive, but was then captured himself and forced to surrender, is closer to the pattern of tragedy. They imagine that Middleton's play might have depicted de Gernon's opposition to the King, his capturing of him, and his subsequent surrender after being captured himself. They suggest that although Holinshed describes further events in de Gernon's life - other "alliances, intrigues and battles" - Middleton could have created a tragic structure by having Ranulf be summarily killed after his surrender, perhaps "poisoned by William Peverell, whom, it is said, he had robbed of his land". They further speculate that an appearance by Empress Matilda could have provided the "element of sexual violence or violent sexuality" that Middleton often favoured (330).


Identifications with other plays

Greg suggests that Randall may have been Middleton's refashioning of The Wise Man of West Chester, which he believes to be the same play as John a Kent and John a Cumber, since a Ranulph, Earl of Chester appears in that play. However, Greg acknowledges that Ranulph does not play an important part in that play (Greg II, 225).

Greg also notes the contention of F.G. Fleay that Randall may be connected with William Rowley's The Birth of Merlin (which Fleay believed to be related to the lost Uther Pendragon). Fleay's justification is the presence in Birth of a character named "Edol, Earl of Chester", but Greg finds the names too different to indicate a connection (Greg II, 225).