Late Murder of the Son upon the Mother 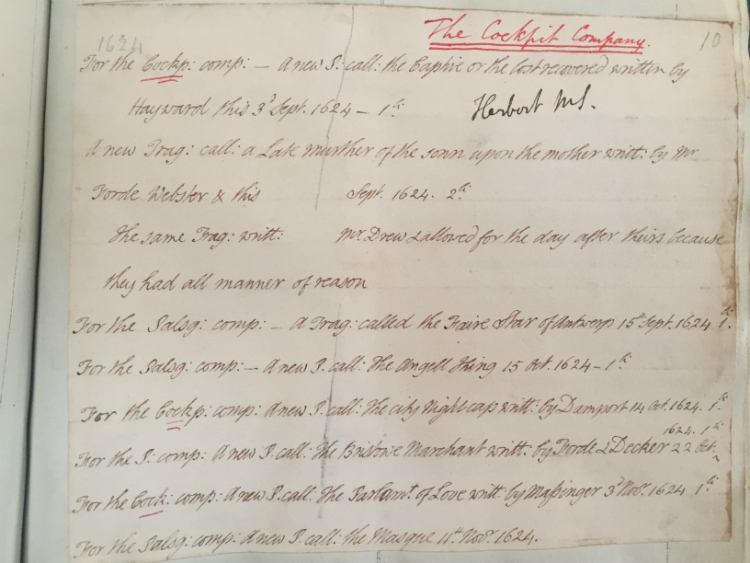 <Enter information about which company performed the play, and where/when it was performed, etc.>

The murder of Joan Tindall by her son, Nathaniel Tindall

From the records of the Middlesex Sessions, Sisson establishes that “Nathaniel Tindall or Grindall, of Whitechapel, yeoman, murdered Joan Tindall or Grindall on 9 April 1624 in Whitechapel. He came to trial at the Old Bailey at the Gaol Delivery from Newgate, along with Tobias Audley, on Friday, 3 September” (55). The motive was unknown, and there was no record of a Coroner’s Inquest.

The extant ballad is The penitent Sonnes Teares, for his murdered Mother (EEBO-TCP, Open-Access), purportedly by “Nathaniel Tyndayle, sicke both in soule and body: a prisoner now in New-gate” (57).

Critics are reluctant to acknowledge that there appears to have been two plays written on precisely the same subject matter; the more famous of the two is second play on this subject, The Late Murder in White Chapel, or Keep the Widow Waking, because it was the subject of Star Chamber attention. Harbage conflates this title with the second play on this subject. Sibley maintains separate entries but confuses the details (attributing the current play to Ford and Webster -- to whom she also ascribes the second play -- without recording Drue's contribution to either).

The Penitent sonnes teares for his murdered mother / by Nathaniel Tyndale, sicke both in soule and body, a prisoner now in Newgate. The much-afflicted mothers teares for her drowned daughter / [by?] Anne Musket, the wofull mother for her lost daughter. EEBO-TCP (Open Access)